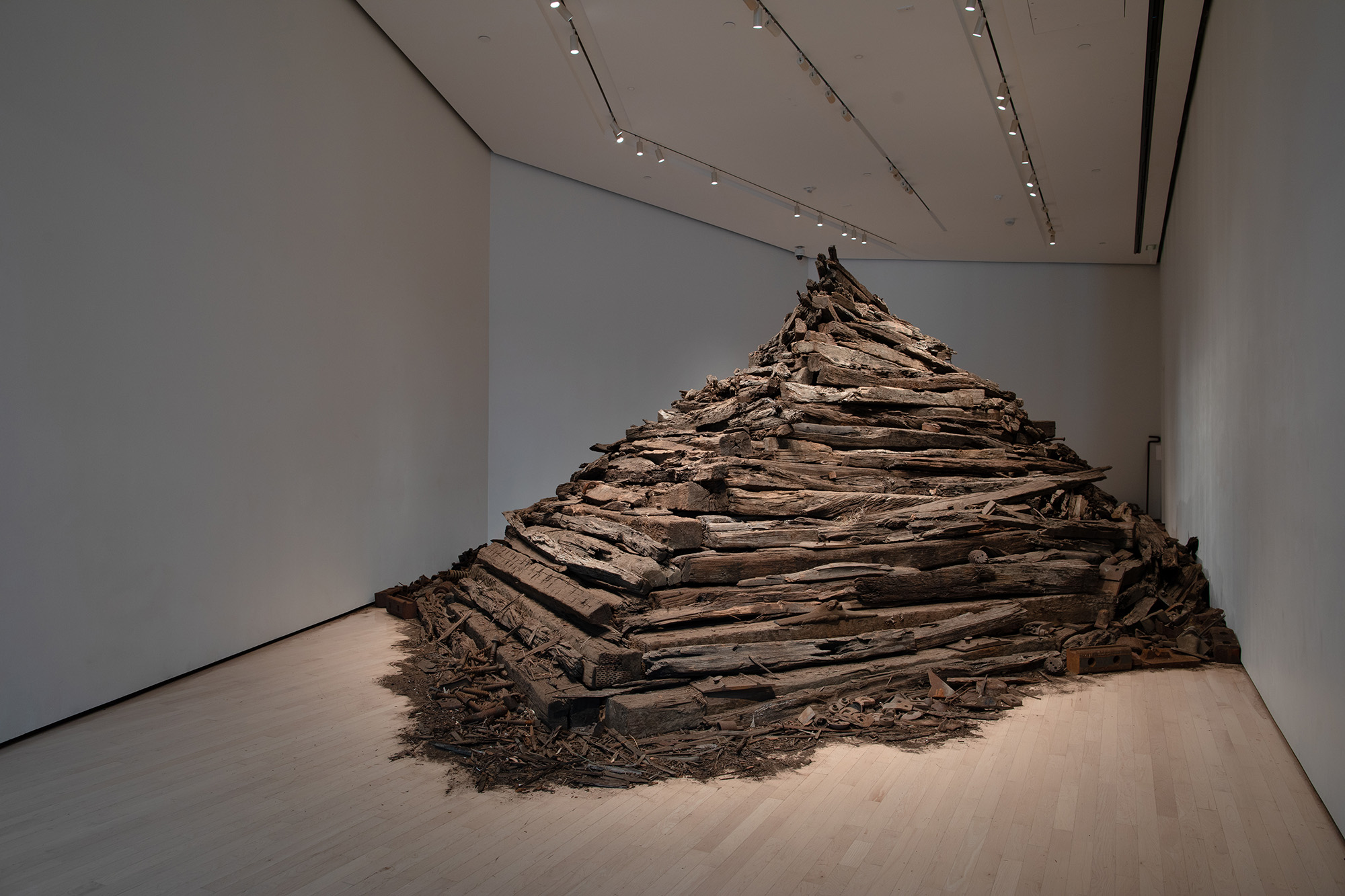 Field Station: Scott Hocking is organized by the Eli and Edythe Broad Art Museum at Michigan State University and curated by Carla Acevedo-Yates, Associate Curator. Support for this exhibition is provided by the MSU Federal Credit Union.

Scott Hocking’s sculptures and site-specific installations address the constantly changing landscapes of cities through its detritus. Each work is a critical examination of a city’s history—its cycles of nature, ancient belief systems, and current events—through its material culture, namely found objects that most people would consider trash, which Hocking collects on the street and in vacant buildings. By transforming urban scrap, waste, and refuse hidden beneath new structures, buildings, and layers of accumulated earth, the artist poses urgent questions about our built environment and its relationship to the ancient histories of the lands on which it sits.

Before the state of Michigan became famous for pioneering the auto industry, it was known for its logging, lumber, and railroad industries, including the manufacturing of railroad cars. The Michigan railroad, which was subsidized by federal funds in the form of land grants, formed a vast network across the territory that transformed the land it traversed. It was crucial to the growth of many industries, from agriculture to manufacturing, as well as a threatening, disruptive force to existing communities and the environment. The railroad forever changed the region’s landscape and peoples.

The Sleeper (Cowcatcher) is a site-specific installation comprised of old railroad ties and other artifacts that draws upon the natural and industrial histories of Michigan, from forests and lumber to ancient trails. A “sleeper” is a colloquial name in other parts of the world for railroad ties—the primary lateral supports for the rails—and “cowcatcher” refers to the V-shaped metal frame placed in front of trains to deflect obstacles on the tracks. In Michigan, railroad ties are usually made of white pine lumber treated with creosote, a black carbon-based chemical, for durability. To make this installation, the artist gathered and repurposed discarded railroad ties from Detroit, as well as other materials related to the Lansing area railroad industry. Occupying most of the space in the gallery, The Sleeper is an imposing presence, insistently calling attention to industrial histories and their material remnants, which often become such a ubiquitous part of our surrounding landscape that we, ironically, cease to notice them at all.

Field Station is an annual cycle of projects that features work by artists at different moments in their careers. With a particular focus on new terrain, the series emphasizes the importance of research by offering a space for artists to develop ideas that may be in the early stages of conception or articulation. Field Station approaches art as a complex language that involves many forms and draws upon different disciplines, from engineering, physics, and agriculture to literature, history, and technology. The notion of a field station specifically points to the importance of experimentation and the idea of the museum as software—a flexible structure that is constantly expanding beyond its walls (the hardware), wherein artists are encouraged to collaborate across disciplines at Michigan State University.