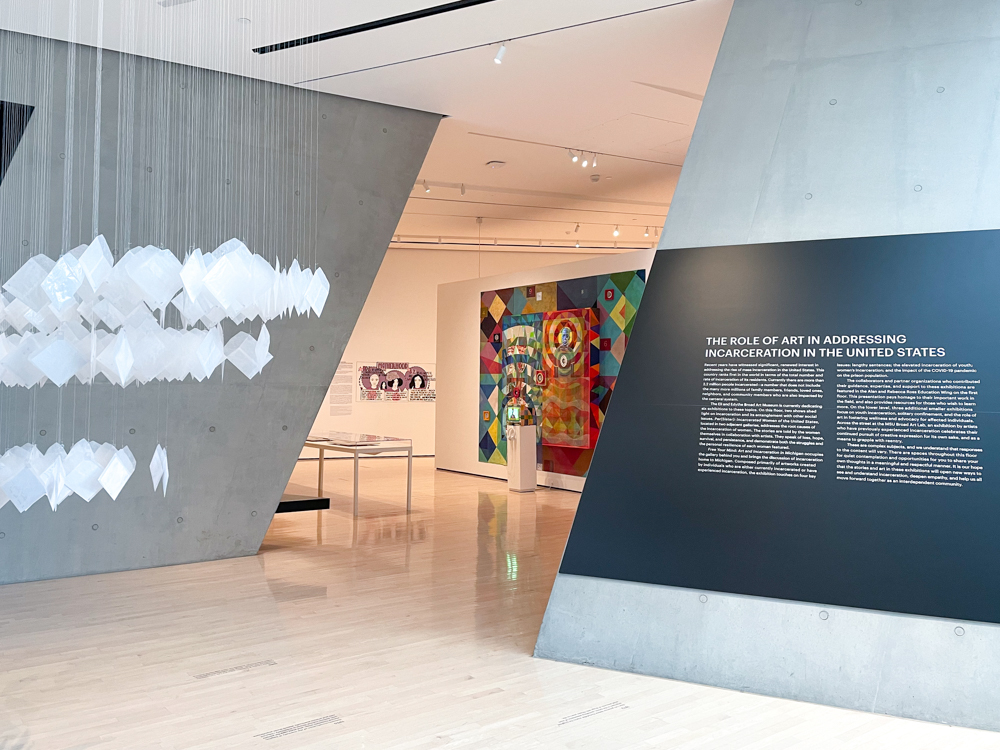 Per(Sister): Incarcerated Women of the United States is a traveling exhibition produced by the Newcomb Art Museum of Tulane University in New Orleans, Louisiana. The exhibition was curated under the leadership of former museum director Monica Ramirez-Montagut (current executive director of the MSU Broad Art Museum) with curatorial assistance from Laura Blereau and production assistance from Miriam Taylor. It was developed in equal partnership with per(sisters) Syrita Steib and Dolfinette Martin with additional support provided by Operation Restoration and Women with a Vision in New Orleans. For this exhibition at the MSU Broad Art Museum, curatorial assistance is provided by Dalina A. Perdomo Álvarez, Curatorial Assistant, and Jasmine Jordan. Support for this exhibition is provided by the Eli and Edythe Broad endowed exhibitions fund.

The United States has the highest incarceration rate in the world. Furthermore, in the last 40 years the incarceration of girls and women has grown by 834% according to the Prison Policy Initiative.

Per(Sister): Incarcerated Women of the United States explores the root causes of mass incarceration in the US through art inspired by the interviews of thirty formerly incarcerated women of Louisiana—the state known as the “Prison Capital of the World.” Co-curated in partnership with formerly incarcerated women, Per(Sister) seeks to build awareness of the crucial issues that impact women before, during, and after incarceration. The exhibition shares stories of loss, hope, despair, survival, triumph, and persistence in a variety of forms, demonstrating simultaneously the universal struggles faced by communities impacted by incarceration and the personal resilience of each woman featured.