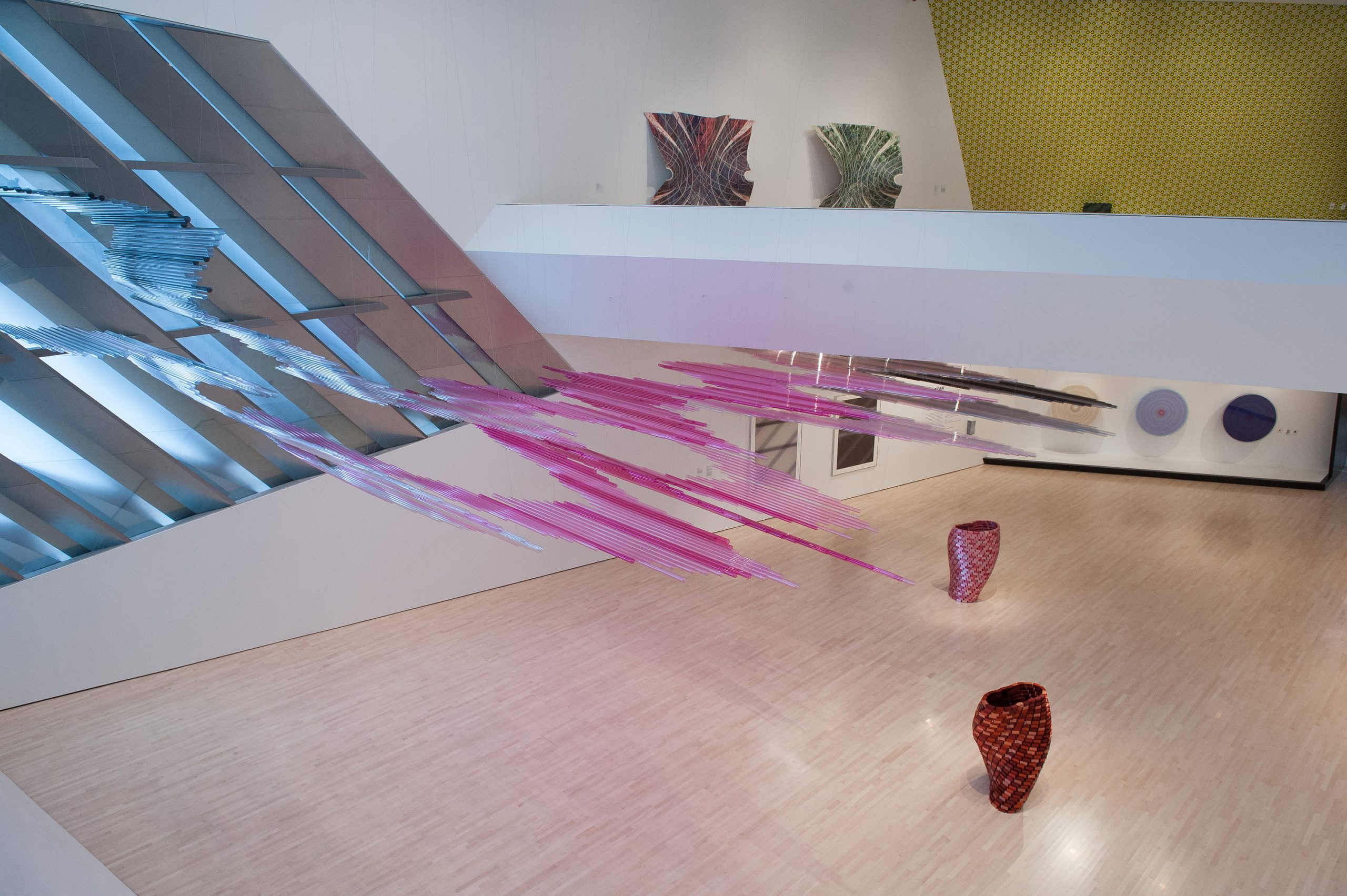 Pattern is currently being reinvigorated as a significant space for artistic innovation. Each artist presented here begins with some system or set of rules, whether mechanical, technological, digital, or other, and, through rigorous repetitive action, creates objects that are equally rigorous in their optical repetition. With this comes a critical redefinition of pattern: These artists explore iterative generation of form, using a framework more akin to a mathematical pattern or a computer pattern than to a purely visual process focused on decoration or ornamentation. Yet the resulting compositions are highly decorative, visually dynamic, and spectacularly patterned in the traditional sense of the term. Importantly, in these works the limitation of artistic choice implied by following a set of rules does not lead to a limited or stripped down final effect. Rather, the reliance on a circumscribed mechanism of production often results in a sense of potential endlessness that forces us to examine our preconceptions about the distance between reality and visual illusion. Regardless of the mode of making or the content within the form, each work in the exhibition asks us to reevaluate the way we see and experience the spaces we are in, the objects we confront, and the relationship between vision and perception.

Today, every viewer has the ability to “appropriate” and “serialize” imagery—frequent preoccupations of much twentieth-century art—through the constant stream of digital tools and resources available to us. The works in these galleries are reflections of this aspect of our current moment: they echo the dizzying state of repeatedly viewed and widely shared images we encounter every day. Yet their grounding in contemporary visual culture is likewise an offshoot of their deep art historical roots. Even those pieces that are not traditional paintings critically engage the legacy of postwar Abstract Expressionism, which eradicated figurative representation in favor of all-over gestural marks that were considered to be indexical references to the hands and psyches of the artists, who were becoming cultural icons in their own right. In the second half of the twentieth century, artists responded to the rise of Abstract Expressionism with movements that questioned the hand of the artist and focused on appropriation and serial production (such as minimalism, Pop art and Conceptual art). Working within this lineage, the contemporary artists in this exhibition are engaging with many of these concepts through their explorations of pattern, and in so doing are setting the terms for the new state of abstraction in the twenty-first century.