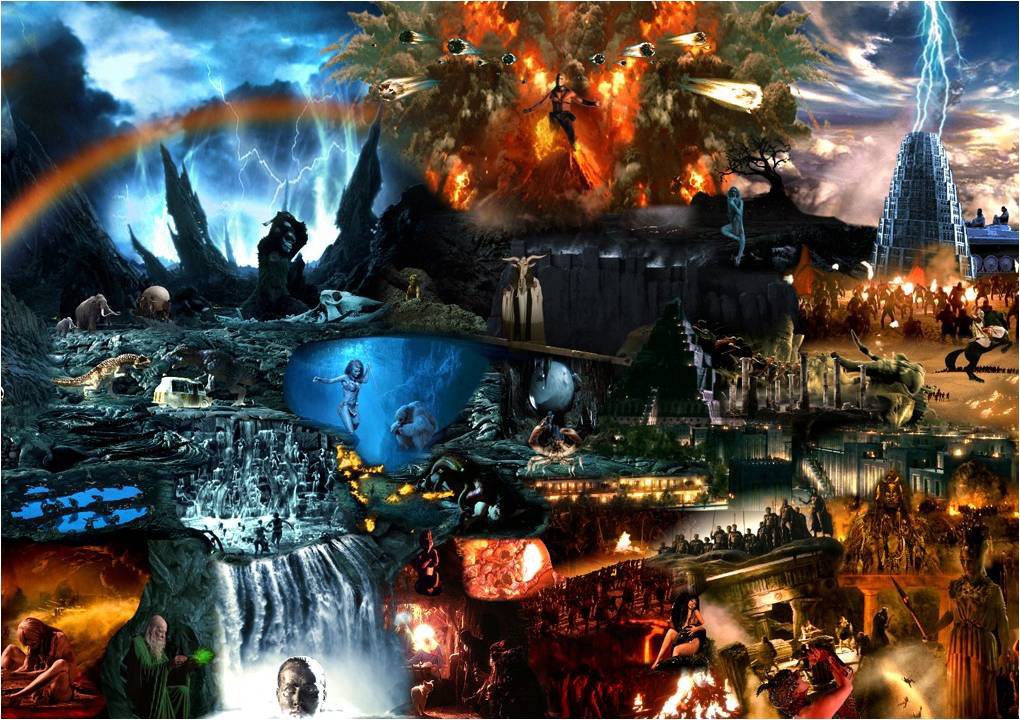 Evolution (Megaplex), Brambilla’s first work to be executed in stereoscopic 3-D, illustrates sweeping movements of world conflict through a vast side-scrolling video mural that moves seamlessly between past, present, and future. The artist created this large-scale video collage—which is set to Sergei Prokofiev’s score for the ballet Romeo and Juliet—by remixing hundreds of individual channels of looped footage gathered from sources ranging from Hollywood blockbusters (E.T., Mad Max, and Star Wars) to cult classics (Idiocracy, Zardoz, Salò). Using the lens of cinema to mine the bombastic spectacle of human history, Brambilla invites viewers to roam whimsically through the annals of time and offers a satirical take on the swagger of the big-budget “epic.”

Marco Brambilla studied film at Ryerson University, Toronto, Canada, and then worked in commercials and feature films, directing the successful 1993 science fiction film Demolition Man. In 1998, he shifted his focus to video and photography projects as an artist and filmmaker. His work has been exhibited internationally at such institutions as the Kunsthalle Bern, screened at the Sundance and Cannes film festivals, and can be found in the permanent collections of the Guggenheim Museum, the San Francisco Museum of Modern Art, the New Museum of Contemporary Art, and the ARCO Foundation in Madrid, amongst others. Brambilla has been awarded both the Tiffany Comfort Foundation and Colbert Foundation awards for his video installations. He was born in Milan in 1960 and currently lives and works in New York and Los Angeles.