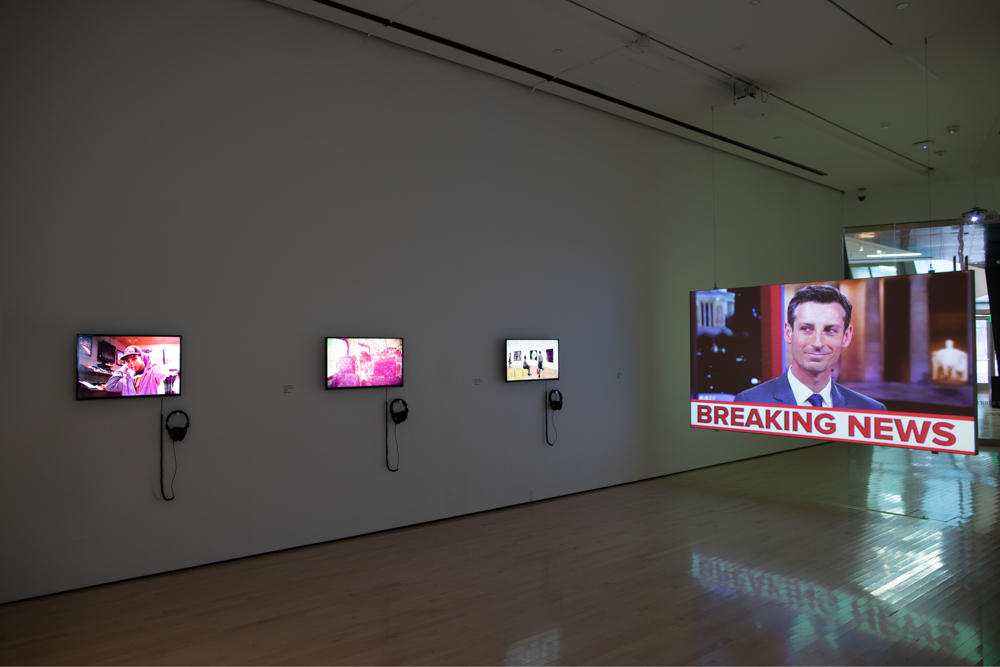 John Lucas and Claudia Rankine: Situations is organized by the Eli and Edythe Broad Art Museum at Michigan State University as part of the Artist Project Series, and curated by Georgia Erger, Assistant Curator. Support for this series is provided by the MSU Federal Credit Union.

The MSU Broad presents, for the first time in a solo exhibition, the entire series of Situation videos collaboratively produced by documentary filmmaker John Lucas and poet Claudia Rankine since 2008. The videos are presented as part of the Artist Project Series, and address the vexed notion of a post-racial United States (a term coined in the Obama era to assert that the election of an African American president indicated the achievement of racial equality) by foregrounding the public and private experiences of Black Americans. They combine still and moving images culled from archival, televised, and surveilled sources to address both explicit acts of racism—racially motivated murders and police violence against black Americans—and the insidious racist aggressions that are built into institutional structures and everyday life. In the words of Lucas and Rankine: “These are multi-genre responses to contemporary America. The videos exist around public experiences in individual lives. These experiences turn into situations that resonate with us not only as people, but as citizens.” The Situation works both emerge from and dialogue with Rankine’s 2014 hybrid prose-poetry book Citizen: An American Lyric, which likewise amplifies the micro and macro racist aggressions that occur throughout the social and political fabric of the United States.

Seven of the nine Situations videos in the exhibition are available online here, offering an intimate viewing experience from home.