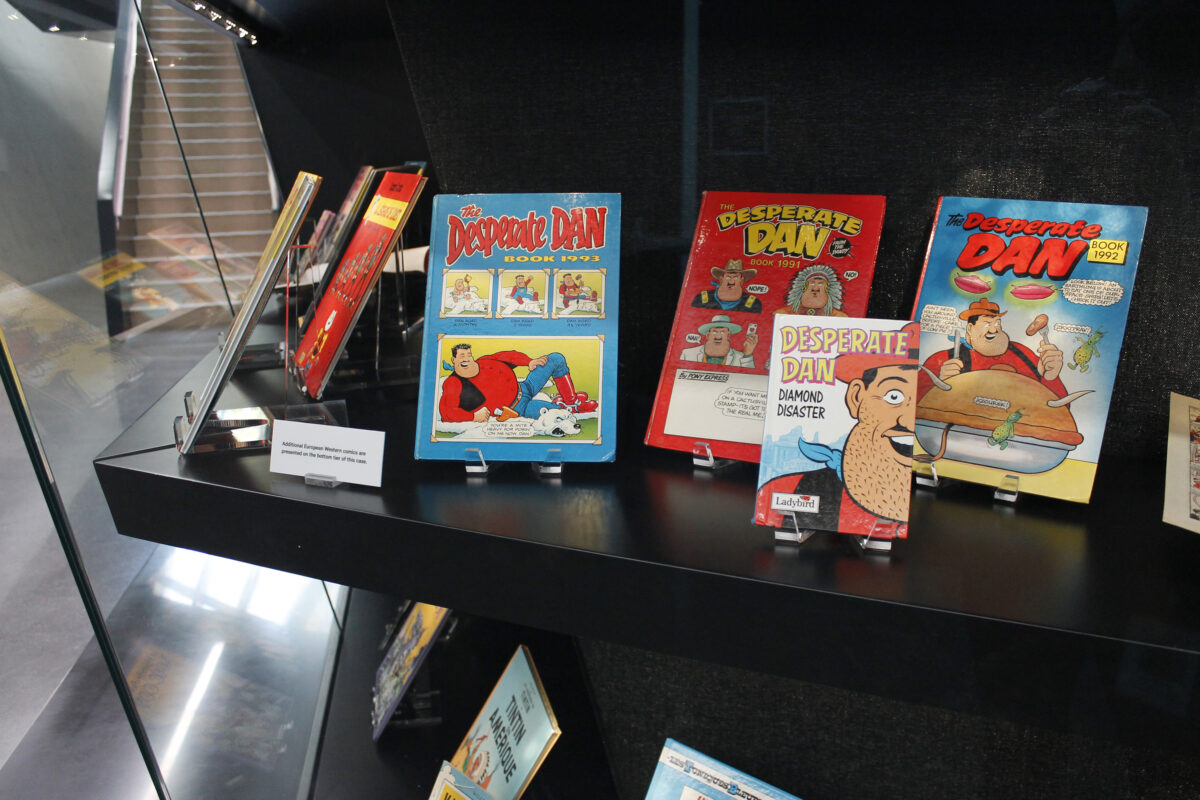 Image and Imagination in the European Wild West is organized by the Eli and Edythe Broad Art Museum at Michigan State University and curated by Randal Scott, Librarian, MSU Library Special Collections Division. Support for this exhibition is provided by the MSU Broad’s general exhibitions fund.

The American West has captured the imaginations of people the world over. This is as evident in the genre of comics as it is in movies, television programming, and both fiction and non-fiction texts. To European readers, apparently, the American West is so remote that ordinary rules of verisimilitude need not be applied. Perhaps this is because they are works of imagination that routinely disregard details of landscape, geography, chronology, and possibility? Or maybe they’re just making fun of us? The Western genre comics with the longest continuous runs are British, Belgian, and Italian. Most of these comics are largely unknown in America. Displayed here are several comic books from the collection of European Western comics that the Michigan State University Libraries have assembled over the past fifteen years. These comics reflect an alternative, European view of the American West.

These books and more are available to readers and researchers as part of the Comic Art Collection in the Special Collections Division, on the ground floor of the Main Library building in central campus. Many of these comic books are also available in English translation. In addition to approximately 200,000 American comic books, the collection holds at least 45,000 foreign comic books and 5,000 books and magazines about comics. Our European and Latin American comics collections are among the best in North America, and our Asian and African collections are growing rapidly, but our American comic book collection is the best one in any library anywhere. We also hold several million newspaper comic strips in various formats. The collection is available to readers and researchers from 9am–5pm, Monday through Friday, and from 1pm–5pm on Sundays during the academic year. The collection is indexed at comics.lib.msu.edu. Many of these European examples are also available in English.