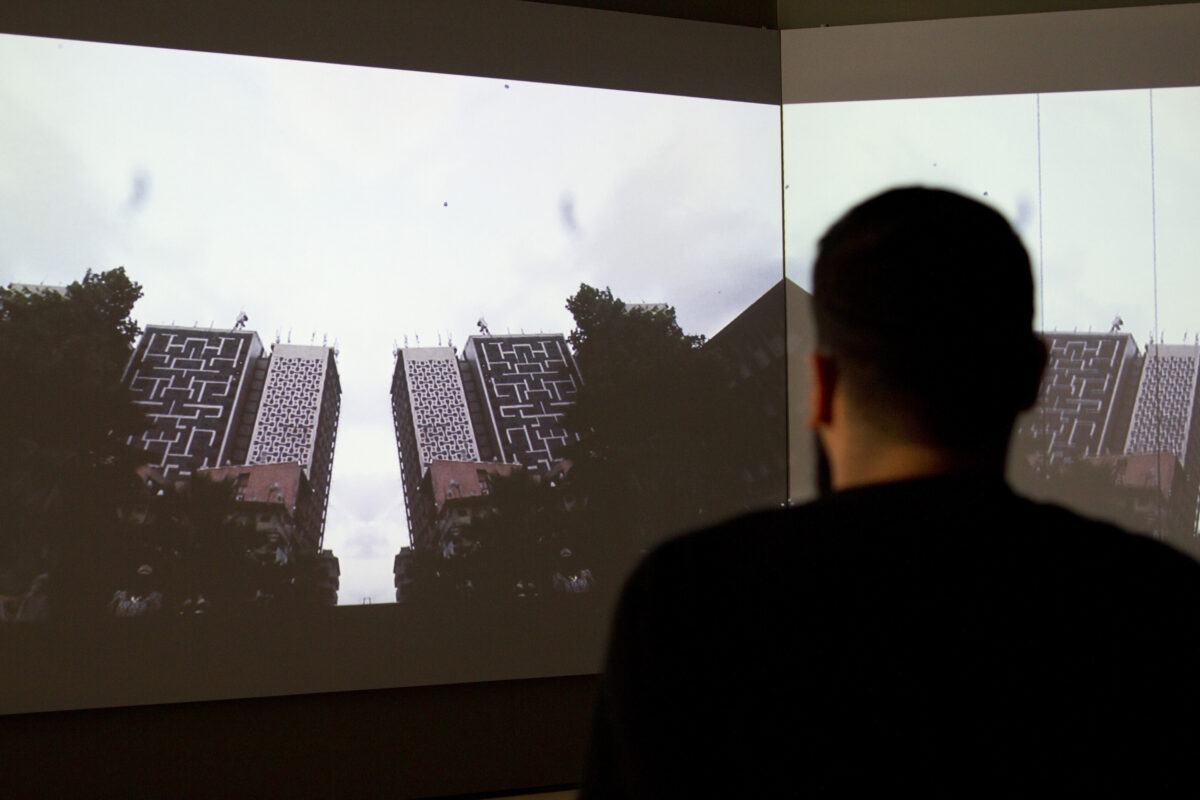 An emerging Nigerian sound and video artist, Emeka Ogboh (b. 1977) is known for his ongoing Lagos Soundscapes project—a captivating portrait of the famed mega-city rendered through its aural infrastructure. Utilizing field recordings taken mostly spontaneously during his daily jaunts in his hometown, Ogboh creates immersive works that document and archive the rich tapestry of peoples, cultures, and histories that make up one of the world’s most cosmopolitan locations. Composed of an intoxicating blend of traffic sounds, street music, commuter chatter, and the calls of hawkers and street sellers, Lagos Soundscapes suggests that Lagos possesses a unique acoustic character that sets it apart from other global metropolises.

At the MSU Broad, Ogboh brings the sights and sounds of the city to the gallery in a temporary installation that explores Lagos’ continued capacity to capture the imagination of people near and far, who arrive daily with aspirations of carving out a living and eventually finding their “golden fleece.” In a dizzying display of manipulated images and intricate sound mixing, Ogboh paints Lagos as a space of intense hope and desire, laying bare the “dream” (àlà) that keeps it churning, yet which for many is a fleeting illusion.