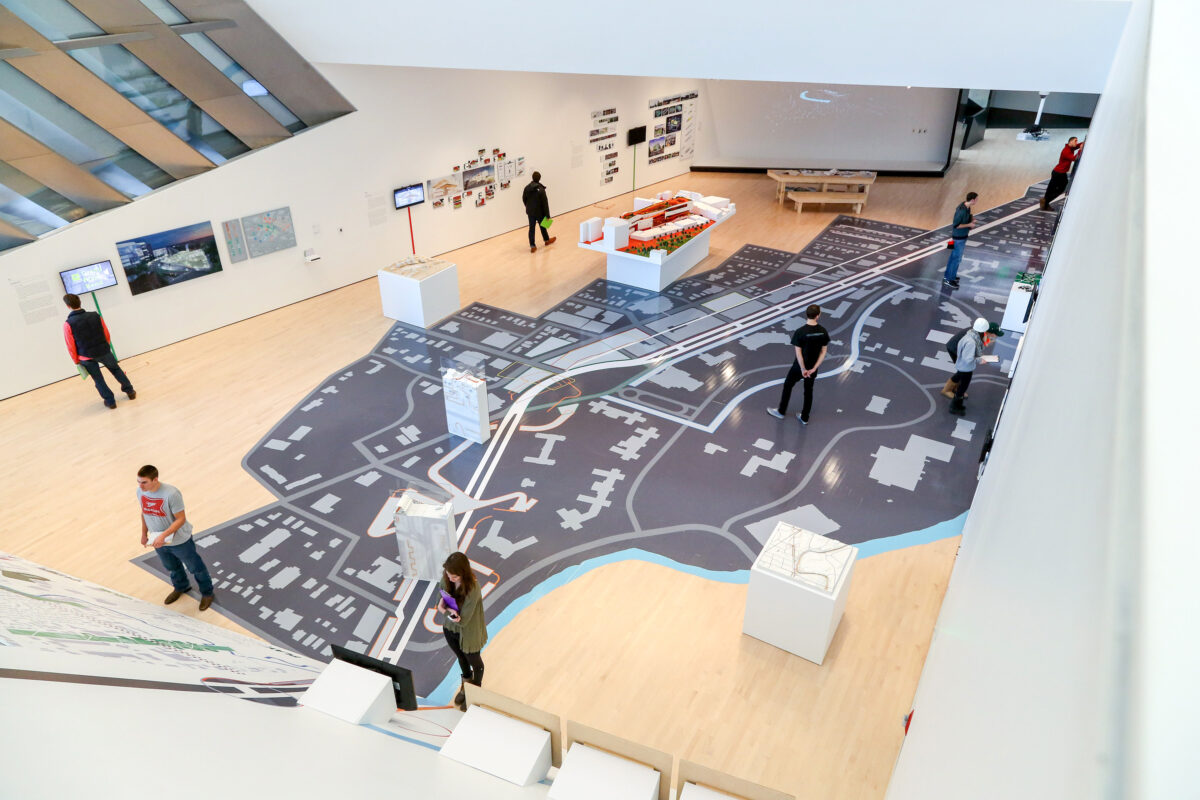 East Lansing 2030 | Collegeville Re-Envisioned is organized by the Eli and Edythe Broad Art Museum at Michigan State University and curated by Alec Hathaway, Associate Curator of Architecture and Design. Support for this exhibition is provided by SuttonAdvisors, PLC and the MSU Broad’s general exhibitions fund.

This exhibition invited architects, landscape architects, and urban designers from across the country to join us in envisioning a future East Lansing. From Nov. 2013 to May 2014, each month a new designer presented their past work and ideas as part of a discussion of themes as they relate to East Lansing. This dialogue continued as the designers developed speculative projects set in East Lansing and culminated in an exhibition of the completed designs.

Participants selected the themes—and eventually programs and sites—for their projects with the most potential impact as a means of speculating on the long-term future. Visiting the area and beginning their work in sequence, each designer responded not only to East Lansing as it appears today, but also to the real world projects underway and the designs being developed by preceding participants. By the time of the exhibition, the designs collectively envisioned what could occur incrementally over the course of the next few decades. Out of this process emerged both a speculative vision of a future East Lansing might become, but also the connections between that and the daily decisions negotiated by a community.

The buildings, places, and spaces of a city manifest not only its historical evolution, but also the current values and future aspirations of its citizens. When acts of design shape and give character to the physical environment of a city, they impact not only how the city is experienced but ultimately the people and businesses that choose to call it home. Although distinct and separate from the many efforts underway to plan and begin building the future East Lansing and greater metropolitan area, East Lansing 2030 | Collegeville Re-Envisioned contributed to the same discussion of what the city is and what it could become.